Let Nkechi Taifa help empower you, your institution or company, or your membership as your next ...

For decades Nkechi has mesmerized audiences as keynote speaker, moderator, panelist, lecturer or interviewee on behalf of the following organizations, institutions, companies and media outlets:

Taifa specializes in topics at the intersections of law, justice, race, legacy, and empowerment.

Through Legacy Educational Outreach, Nkechi Taifa is available to assist you in meeting your goals - whether as keynote or plenary speaker, workshop facilitator, moderator or panelist - Taifa in her various capacities as attorney, activist, author or educator - has the expertise and skills to empower your audience.  Taifa's motivational speaking is captivating. Her customized, innovative and interactive presentations are accentuated by her high energy and creative style.  Her strategic consultations and expert technical assistance have optimized outcomes in academic, corporate, legal and community settings. 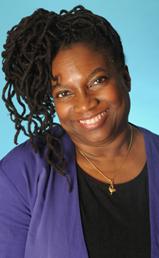 ​​***Mobile viewers: Be sure to scroll to the bottom and click on the View Desktop  link.***
"Looking Back to Soar Forward!"

TestimonyBefore the U.S. Sentencing Commission, "Whether Amendment 2 of the Fair Sentencing Act Should be Applied Retroactively, June 1, 2011.

Written Statement for the Record to the House Crime Subcommittee, "Unfairness in Federal Cocaine Sentencing: Is it Time to Crack the 100 to 1 Disparity?" (May 21, 2009)

Testimony before the Maryland State Judiciary in Support of Joint Resolution 4, "Reparations for the Enslavement of African Americans" (May 17, 2004)

Testimony before the Council of the District of Columbia, "MPD's Camera Surveillance System," on behalf of the ACLU-NCA (June 13, 2002)

Testimony before the Committee on the Judiciary, Council of the District of Columbia, "The Use of Firearms and Excessive Use of Force by Metropolitan Police Officers." (Jan. 20, 1999)

Testimony before the House of Representatives Committee on the Judiciary, Subcommittee on Crime and Criminal Justice, testimony in opposition to "The Use of the National Guard in Civil Law Enforcement Activities." (Oct. 5, 1994)

Testimony before the U.S. Senate Committee on Governmental Affairs, "Statehood for the District of Columbia." (Aug. 1, 1994)

Testimony before the US Sentencing Commission on Proposed Guideline Amendments, "Disparity in Penalty Between Crack and Powder Cocaine." March 24, 1994)

Testimony before the Committee on the Judiciary, Council of the District of Columbia, on FY 1991 Proposed Budget for the Office of Paternity and Child Support Enforcement. (March 1, 1991)

Testimony before the Judiciary Committee, Council of the District of Columbia, "The Criminal Justice Improvement Act of 1989." (Nov. 20, 1989)