Nkechi Taifa is a native Washingtonian and life-long resident of the District of Columbia.
​Nkechi Taifa is President and CEO of The Taifa Group, LLC, a social enterprise consulting firm whose mission is to advance justice.  She founded, convenes and directs the Justice Roundtable, an advocacy coalition advancing progressive justice system transformation. Taifa served as Advocacy Director for Criminal Justice at the Open Society Foundations for 16 years. Over the course of her career she has also served as legislative and policy counsel for the American Civil Liberties Union and the Women’s Legal Defense Fund; founding director of Howard University School of Law’s award-winning Equal Justice Program; staff attorney for the National Prison Project; Office Manager and Network Organizer for the Washington Office on Africa; as a private practitioner representing adult and youth clients; and as a first grade teacher. She has focused on a myriad of social justice issues throughout her career, including indigent defense, sentencing, policing, prisons, voting, reentry, clemency, racial justice, death penalty, political prisoners and reparations.

Taifa was in the leadership of the coalition responsible for passage of both the Second Chance Act reentry legislation (2008) and the Fair Sentencing Act crack disparity legislation (2010), and successfully fought for the inclusion of strong sentencing provisions in the First Step Act (2018). She helped to fuel the mobilization of the Obama administration’s clemency initiative, which resulted in the early release from unjust imprisonment of over 1,700 prisoners.

Nkechi has testified before the U.S. Congress, the United States Sentencing Commission, the Council of the District of Columbia, the American Bar Association Justice Kennedy Commission, and the Inter-American Commission on Human Rights. She was the special prosecutor delivering the Opening Statements in the People’s Tribunal on Mumia Abu-Jamal and the People’s Tribunal on Hurricanes Katrina and Rita. She served as an appointed Commissioner and Chair of the District of Columba Commission on Human Rights from 2007-2014.

Taifa is a past president of the D.C. chapter of the National Conference of Black Lawyers and former chair of its Criminal Justice Section. She is a founding and lifetime member of N’COBRA, the National Coalition of Blacks for Reparations in America. Nkechi Taifa is currently a Commissioner on the National African American Reparations Commission (NAARC).

A native Washingtonian, Nkechi Taifa is the author of a forthcoming memoir - Black Power Black Lawyer:  My Audacious Quest for Justice. 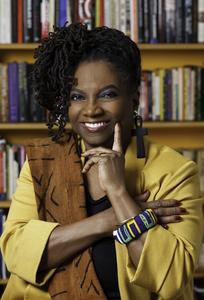 "Looking Back to Soar Forward!"
View on Mobile